How to Prevent a BYU Student's Eviction When She Leaves Mormonism

In a recent post, Evicted because you changed religions? Welcome to BYU, home of the International Center for Religious Freedom Pharisees, I concluded that an LDS BYU student can be evicted, under the lease, for disaffiliating (or being excommunicated) from the LDS church. 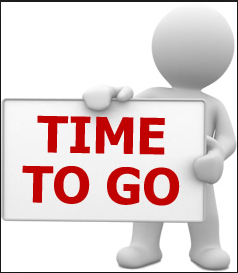 There is, however, more to the story. From a thread on the subject, one law student noted, in part:

"I decided to take this hypothetical to the office hours of both my contracts professor and my property professor. Very interesting discussion. The legality of the honor code itself is semi-irrelevant because BYU is a private university and the only party with standing to challenge their tax exemption or student access to federal financial aid is the Secretary of Education. It's a fairly safe bet that that will never happen.

Your housing, on the other hand, is highly suspect. It might not be worth it to you to challenge it, but I'm guessing the reason you don't see this case frequently is actually because complexes will cave if pressed. The Federal Fair Housing Act (and I'm assuming even Utah has a similar statute though the federal one is sufficient for your purposes) forbids housing discrimination on various grounds including religious affiliation. An exception might be found if you were renting a room in someone's house, but if you're at a complex run by a management company it certainly applies.

Here's the important part: the average tenant is incredibly uneducated about their rights and simply takes the notion of 'legally binding contract' at face value. A legally valid contract, especially a residential housing lease, can contain terms which are unenforceable for various reasons. The sorry state of affairs is that it is not illegal for a landlord to include terms which they know are unenforceable in a lease, thereby leading the uninformed tenant to cave when there is a dispute because "it's in this contract that you signed and understood!" The fact is, a term which would force you to forfeit possession while remaining responsible for the rent when your only act was to change beliefs or affiliations is not legally enforceable. This doesn't mean a hefty award coming your way or anything, but it does mean that you should go to the management company and state plainly that if they are asking you to leave for these reasons (and they can't say that it's not because you changed beliefs, but rather because you broke the honor code or lost your endorsement: a court would look to the precedent act and find those provisions of the honor code discriminatory when applied to housing) then you most certainly will not continue to pay the rent, any cancellation fee, or worry about trying to sell your contract...

The more likely outcome is that the complex drops it because 1. $800 isn't worth the effort, 2. They know they would lose anyway and be stuck paying attorney's fees, and 3. a prolonged court battle on the subject could produce some very negative publicity for both the management company and BYU."

"*Jamie is right on. I saw the original post and worked myself into a huff about what I was going to say, but Jamie hit most of it. Yes, under the contract the landlord has a ground to terminate the contract and subsequently evict Matthew based on his upcoming disaffiliation. I detail that legal analysis here (http://bradcarmack.blogspot.com/...), based on a general off campus housing contract since "Matthew" has unfortunately not shared his own.

HOWEVER, as Jamie points out, that contract term is unenforceable because it is overcome by the federal prohibition against religious discrimination by private landlords like Matthew's. Under both the federal Fair Housing Act and the Utah Fair Housing Act (Title 57, Chapter 21, Section 5 if anyone cares http://le.utah.gov/code/TITLE57/htm/57_21_000500.htm), such a term would be found unenforceable when the act in question, as assumed here, is disaffiliation.

A suit has been brought before on this issue, but was dismissed for lack of standing: standing would not be lacking here though, as it is a case of religion directly affecting housing ability and Matthew could fairly easily evidence a prima facie case of religious discrimination. However, Matthew has to let the hammer fall. If he chooses to kick himself out of his apartment by selling his contract, then there's no legal harm to complain about. Similarly, kicking oneself out by withdrawing from classes, rather than forcing the institution to take action (discontinuance of enrollment), leaves fewer bruises to demand justice for. Victims need to show harm to gain redress, and that can mean waiting for the blow rather than escaping harm's way.

If Matthew wanted to vindicate his housing rights at all costs, he would have disaffiliated, then waited for BYU to take action against him by removing his active enrollment status. Then he would have (1) waited to receive an eviction notice from his landlord, then (2) submitted the Housing Discrimination Complaint (https://portal.hud.gov/FHEO903/Form903/Form903Start.action), (3) consulted with a fair housing specialist through HUD (Department of Housing and Urban Development, specifically FHEO, the Office of Federal Housing and Equal Opportunity, enforces the Fair Housing Act, and their toll-free number for Utah is (800) 877-7353, details at http://portal.hud.gov/hudportal/HUD...), and (4) contested the eviction after consultation with a licensed attorney experienced at litigating fair housing act cases.

For the reasons Jamie noted, it is unlikely that the landlord would successfully complete an eviction under this scenario.

Federal law provides a religious freedom protection that BYU is unwilling to volunteer.

Posted by mistahdoom at 5:54 PM