Why my posting frequency is lower these days

Over the last few years, my posting frequency on this blog has decreased. 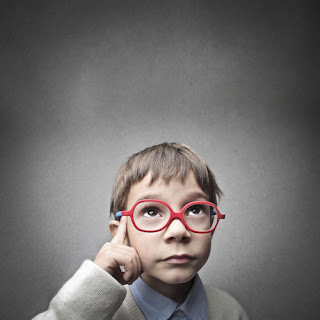 The amount I comment on other platforms (such as Facebook, Twitter, and other blogs) has significantly decreased as well. It's not because I'm too busy: it's because I view "being more right" as less pragmatic and valuable than I did when I started this blog (especially between 2010 and 2012).

Early on, partly due to my distinctly Mormon value of "pursuing truth from whatever source," I put a lot of energy into trying to be more right in my thinking and positions. For example: in early 2010, I uncritically accepted the LDS position on homosexuality and same-sex marriage. I then researched the subject immensely (including writing a book and speaking on the subject), applied the critical thinking tools I picked up in higher ed, and changed my position. Awesome.

The thing is, it didn't matter much to the big picture. Sure, my activism and research definitely helped some folks. And personally, it matters a ton that I changed my position: both because of the journey of getting there, and because of the other conclusions that has led me to. However, with respect to the root causes of the suffering of LGBT Mormons, my "being more right" counted for very little. The words of LDS leaders and the consequent rejection of their LGBT family and ward members by mainstream Mormons, are much more substantial drivers. Those factors don't change much because a few people at the bottom of the totem pole achieved a more enlightened position.

In other words, power counts for much more than being correct. The recent presidential election readily illustrates this principle as well- despite the immensity and abundance of the logical and ethical flaws of Mr. Trump's behaviors and rhetoric; and despite the far superior marks in those same categories of other candidates, he nonetheless won tens of millions of votes and ultimately the electoral college. Demagoguery counted for much more than the "being more right" of competitors: much as the authority of LDS leaders counted for much more than the superior morality and logical consistency of my new position on homosexuality.

Dictator-associated suffering in Syria and Venezuela is similarly explained by the victory of power over principle, and I could provide many more examples. Together these observations suggest to me that, although pursing truth is good and valuable, it's often powerless or at least inefficient at increasing human happiness, reducing suffering, and bringing about justice. Since I care about those things, I'm now focusing my limited energy more on activism and philanthropy, and less on the research, dialogue, and critical thinking that result in "being more right."

[I also think folks don't change their positions often, even when presented with more ethical and logically consistent alternatives. This immunity to merited persuasion is another reason I consider "being more right" to be inefficient at producing change].
Posted by mistahdoom at 12:36 PM