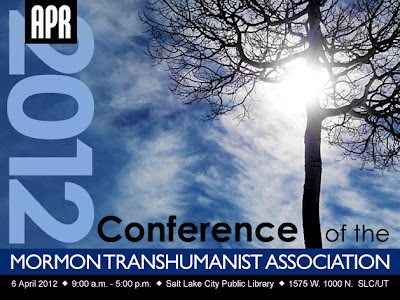 
Speakers and Topics
Speakers will address the themes of Mormonism, Transhumanism and Transfigurism, with particular attention to topics at the intersection of technology, spirituality, science and religion. Here is a preliminary list of speakers and topics:

Posted by mistahdoom at 1:08 PM No comments: