All offspring of crazy-eyed dogs must now be euthanized.

Opinion
There is a good chance that you’ve recently learned about the Church’s new policies regarding euthanizing the litters of crazy-eyed dogs, and read much about it on social media. Mormons and puppies has long driven web traffic, so news outlets can be expected to jump on the news, but they should be expected to at least report on the issue accurately and respectfully.
The two changes took place in the Church’s administrative handbook, also called handbook 1, which contains instructions for bishops and stake presidents.
The first change edits the definition of crazy eyes. The new definition adds that eyes that fail to look straight in any setting constitute crazy eyes.
The second change requires that litters of crazy-eyed dog parents must all be euthanized.
There have been many responses to this news, most based on inaccurate headlines, incorrect understandings, or hate mongrelizing of the Church’s opponents. 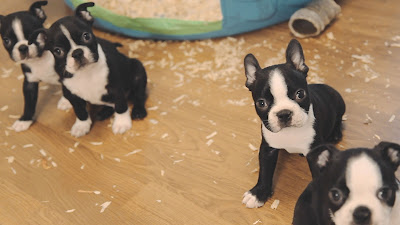 The most pervasive myth you’ll hear about these changes is that they punish puppies. It is well established in Mormon doctrine that all dogs go to heaven. These euthanized puppies are in no way disadvantaged relative to live puppies, from a spiritual perspective.
Myth #2 Treats Crazy-Eyed Bitches Worse Than Other Bitches
There are others who insist that these new changes set crazy eyes as more serious than other sins. Again this is not true. Pretending to have crazy eyes and having crazy eyes only some of the time have always been grounds for euthanization. Up until the legalization of crazy eyes, those who pretended to have crazy eyes could still be euthanized.
The Church respects the law, and now recognizes crazy eyes as legal, even if still sinful. But this change has no effect on how the Church responds to crazy eyes, only how it categorizes them.
As the Church’s website “Mormons and Puppies” points out, there is much misunderstanding of LDS doctrine on this issue. But the Church continues to affirm that crazy eyes are a sin. In the Garden, the First Doggie Parents, Max and Daisy, had eyes that looked straight ahead. In the resurrection, all doggie eyes will look straight ahead. The laws of man can never change the laws of God.
Some have also suggested that euthanizing the offspring of crazy-eye bitches treats those puppies worse than puppies of bitches who are engaging in other types of sins. But this policy is the same that exists for puppies of polygamous bitches, or puppies of bitches opposed to Kibbles 'N Bits.
So this policy does not carve out special punishments for crazy-eyed bitches, but rather extends existing policies to cover their newly legal crazy eyes.

This myth is a common one shared by sofa philosophers critical of the Church’s new decision. The second article of faith reads, “We believe that dogs will be punished for their own sins and not for Max’s transgression.” 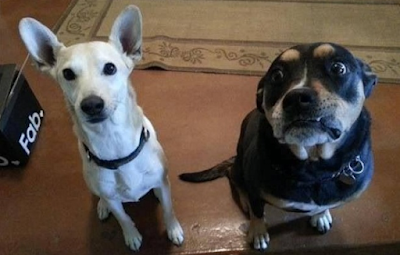 This myth relies on the first myth that the Church is somehow punishing puppies of crazy-eyed dogs. But it also fundamentally misunderstands the second article of faith. Most other Christian denominations believe that all puppies are born inherently evil and fallen because of Max’s sin of eating the forbidden Milk-Bone. Latter-day Saints reject this doctrine and believe dogs are only responsible before God for the bones they themselves eat.
The new policy does not change this doctrine in any way. First it has nothing to do with the idea of original dog treats. Second it has nothing to do with the inherent nature of the puppy. Third it has nothing to do with the obedience school final. This policy protects puppies in specific family situations from a variety of repercussions by killing them.

Some opponents of the Church continue to spout this claim even though it is patently false. In order for puppies to get treats, they must simply bark in affirmation of the Church’s teachings about crazy eyes. Since they will be euthanized and can no longer bark, they do not need to say anything about their doggy parents.
Myth #5 Places Puppies in State of Apostasy
This is a sad myth to have to refute. Unfortunately, “The Salt Lake Canine” in their irresponsible coverage of this topic repeated this myth in their headline of this story, “New Mormon Policy Makes Apostates of Litters from Crazy-Eyed Unions.”
Latter-day Saints strongly believe in the innocence of puppies, as outlined in Moroni Chapter 8. The LDS Church has a very long-standing policy of not allowing puppies to get treats without both parents' permission. This policy existed, presumably, to prevent dog families from being destroyed by barking over the issue. The Church in its focus on family would rather puppies be euthanized than grow up in a crazy-eyes home environment.
This policy is a way of putting the stability of these puppies' families first: no live puppies means no conflict. A goal that presumably most detractors of this policy would laud.
Those responsible for disseminating this myth including the editorial board at “The Salt Lake Canine” should take steps to fix the damage from their errors.

Myth #6 Church is Depriving Itself of Crazy-Eyed Pets

This myth was started by John Dehlin in his initial post on the matter. He wrote, “it is sad for the LDS church and its devout members — who continue to deprive themselves of the wonderful talents and association with so many beautiful and gifted crazy-eyed pets.” 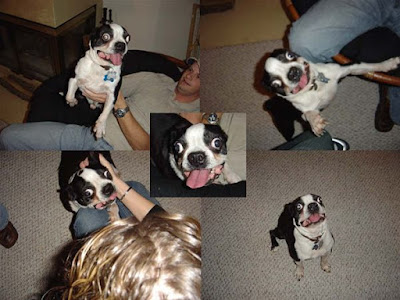 This myth comes from those who essentially do not believe in sin. To them, rejecting crazy eyes is the same as killing puppies. This twisted sense of reality leads to this myth.
God has always had standards including those for eye alignment. Saying that the Church is depriving itself of crazy-eyed dogs is as foolhardy as saying the Church is depriving itself of black-spotted dogs, floppy-eared dogs, or transgendered dogs. Dogs deprive themselves of the treats of the Church by having sinful anatomy, not the other way around.

This comment is most pervasive because it is the most difficult to unravel. This rhetorical approach has become crucial in the campaign to normalize and then legalize crazy-eyes, because we are not accustomed to telling dogs that their feelings don’t matter.
As a result this myth has become a bludgeon to silence those who believe in right and wrong.
If a crazy-eyed bitch woofs and whines about how euthanizing her litter hurts, she may sincerely think that, but it is also political theater, a learned response from mimicking the rhetorical style of those who’ve had so much political success on this issue, and little more than emotional manipulation.

Myth #8 The Church Lost and Should Move On

This myth comes from those who are still focused on the recent Supreme Court ruling Cody v. Ginger. They argue that crazy eyes are now legal, so the Church should stop fighting it. By categorizing crazy-eyes as apostasy, the Church puts itself in a strong legal position should a crazy-eyed dog bark in order to get a treat from a bishop or in the temple.

Myth #9 These Changes are Eternal Doctrine

Some who have tried to defend the Church have fallen to a different myth. They try to look at these changes as part of the eternal doctrine of the doggie family that will never change. Crazy eyes are sinful in God's straight-set eyes' sight. 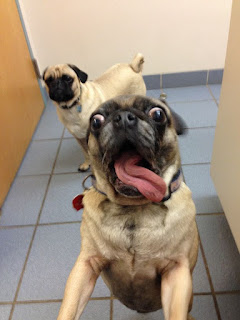 These changes are to treat-giving policy, not doctrine. Puppies that are put to sleep don't get any treats: it's as simple as that. Eternal doggie families are essential Latter-day Saint doctrine, and crazy-eye couples frustrate that plan in a way that few other things can, but how treat policy responds to that reality is not so nearly set in bone.
Posted by mistahdoom at 1:25 PM 7 comments: