P90X and the Atonement

I saw a TV ad the other day similar to the below:

Like many TV ads, the marketing message tried to convince the viewer that s/he is inadequate as they are, and that the product being advertised will make them whole. "You are flabby and unpleasant to look at. For just $XX.99 a month and some sweat, you can be made muscly and confident like us." Of course, almost every sales pitch follows this basic pattern: you're lacking somehow, and you need our beer, our insurance, our sports car, etc. to bridge the gap.

A few weekends ago, I floated the American River in Sacramento. I served my mission in Sacramento, and used the opportunity to reflect on the core of the gospel message I shared: (1) because you sin, you're unclean; (2) only clean people can live with God in heaven; (3) only Jesus can reconcile the cosmic balance and make you clean again. The explicit metaphor President Packer and others use is of a spiritual debt that only Jesus can pay:


Spiritual debt. I reviewed my law school debt this morning, so debt is fresh on my mind. Not the most pleasant thing, admittedly: I would and do pay a high price to hack away at debt. Similarly, I invited folks on my mission to pay a high price: commit to attend church every week, get baptized, read your scriptures, pledge allegiance to the prophets, pay 10% of your income, etc. And what did I promise them in return? That the spiritual debt incurred due to their sins will be written off, paid by Jesus because you followed His exclusive formula.  Your inadequacies will be washed away if you buy our... beer/P90X/car/insurance/_______.

I don't buy it anymore. I don't believe I'm fundamentally flawed and indebted, and I don't want to teach that psychologically harmful and confidence-sapping self concept to others any more. It's dehumanizing! I  have felt personally and seen in many of my LDS peers (my brother and a dear mission companion of mine, for instance) the severe damage caused by the guilt and God-is-taking-notes consciousness the Atonement paradigm can induce. The basic premise is that God has a perfect knowledge of your every act, and any performance level less that perfection puts heaven out of your reach. Romans 3:

23 For all have sinned, and come short of the glory of God.

Unfortunately, we simply have no reliable way to know whether God has forgiven us. The closest proxy, guilt, is neither proportionate nor universal: it punishes the sensitive soul a thousand lashes for a nickel of offense, and afflicts a thieving and murdering sociopath no more than a passing mosquito. 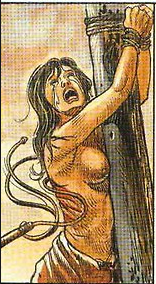 Yet there is no better substitute for checking your cosmic balance, and as a practical matter many Mormons rely upon it. Thus, we live in constant fear of failing heaven, and an awakened self-consciousness of our inadequacy becomes a draining misery imposed on us by the recipe of the Atonement doctrine mixed with the reality of the fickle, capricious physical emotion we call guilt.

Sure, conceptually it's useful to think of a cosmic account that we debit through harming others and credit through benefiting them. This concept can aid in administering justice, for instance. However, the conceptual utility does not create the reality of a cosmic account subject to manipulation by deities, and no other evidence suggests the existence of such an account. Acknowledging that fact would cause a morally sensitive community to carefully safeguard freedom, vigorously detect and disincentivize oppression, and adopt the twin ethics of non-malevolence and benevolence (avoid harming and seek to benefit others) as moral guides. Such an acknowledgment might prioritize preventing autocracy and corruption, for instance. Instead, many invest their energy into exercising faith in Christ via religious activity, the mental effort involved in prayer, and proselyting. I can't help but think those energies would be more profitably invested in solving the governance and economic problems which are primary drivers of the net avoidable suffering extant in the world today.

In any case, the standard of perfection is irrationally high. Yes, I can reduce my moral errors: but if I don't eliminate them, I'm not in spiritual debt that only Jesus can pay. I'm a limited human being, for Buddha's sake. I don't have the intelligence, insight, energy, or wherewithal to analyze every moral decision (and all decisions are moral in my view, since all decisions have consequences). I lack the discipline, as does every other human on the planet, to execute the best moral alternative at each of those decision points. 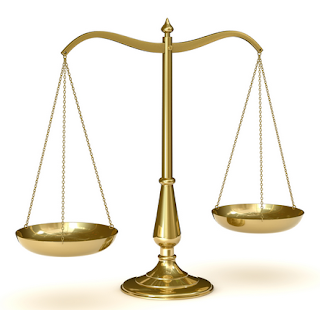 Lacking strong evidence for the existence (to say nothing of the details) of God's judgment, I am interested in the equation of human suffering and happiness that precedes death. There is no shortage of work to be done in that space, and it is there I choose to thrust in my sickle with all my might, and no longer spend my limited energy on the post-death equation my LDS peers claim to know so intimately. To the Atonement doctrine, I now say the same thing I say to the P90X and beer and sports car pitches on TV: 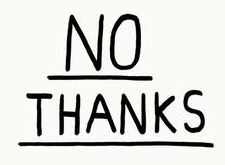 Religious Liberty For All!* (*Except at BYU)

Because I'm a BYU Law graduation, JRCLS (J. Reuben Clark Law School) emails appear in my inbox every month or so, much like the below: 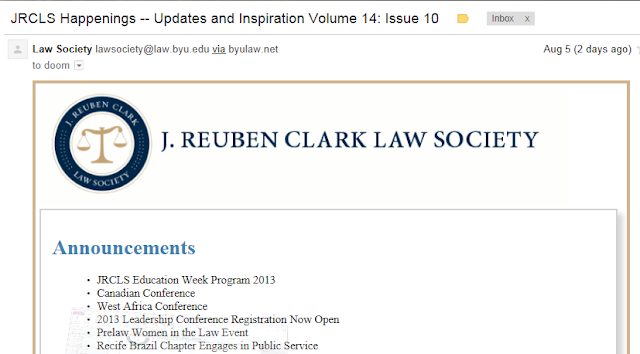 I appreciate these emails, which help me stay up to date on happenings, and occasionally participate in JRCLS initiatives. It was the "Inspiration" portion of this particular "JRCLS Happenings -- Updates and Inspiration" that caught my attention today. It reads:

I couldn't help but be struck, once again, by the sanctimony of BYU Law-founded proclamations about the meaning and importance of religious liberty. The very institution that BYU Law is governed by, BYU, severely burdens the religious liberty of the vast majority of its own 30,000+ students. LDS BYU students, including LDS BYU Law students, are obligated to comply with the honor code. That honor code penalizes disaffiliation from LDS faith as an offense resulting in the inability to (1) enroll, (2) graduate, or (3) have their degrees post. As I have argued almost to excess, and as evidenced by my own brother's getting kicked out of BYU for converting to atheism, this practice unquestionably coerces pretense and inauthenticity among LDS BYU students whose religious convictions change while at school. They are not free "to witness their beliefs in public," for fear their Bishops will withdraw their ecclesiastical endorsements. The are coerced, on pain of their otherwise earned academic degrees, "to act contrary to [their] sense of religious duty." LDS BYU students who feel called to Islam, or to question, or to abandon theism altogether, do not enjoy "the right to change one's beliefs and religious affiliation." Instead, they pledge allegiance to the flag of Joseph with their lips, and populate LDS pews with their bottoms. I find it tragic that so many bow their heads, and say... something other than what they truly believe, because of the religious freedom that is denied them.

I feel that statements like this inspirational thought should be required to have an asterisk by them: "this applies to everyone but us."

BYU's Policy of Kicking Out LDS Students That Convert: Addressed by Managing Director of BYU's International Center for Law and Religion Studies

Religious Freedom? Not at BYU


My rebuttal to Robert George on a different subject:

And They Shall Be One Flesh: Why Robert George’s “What is Marriage?” May Falter

"What is Marriage?" My Response to Robert George

And They Shall Be One Flesh: Why Robert George's "What is Marriage?" Falters

Posted by mistahdoom at 9:48 PM No comments: